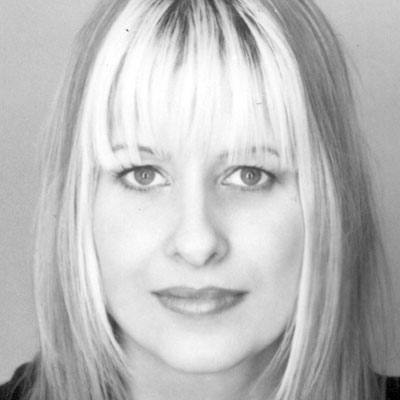 After accidental business-woman and indie publisher Debbie Stoller got her Ph.D. in Women’s Psychology from Yale in the late eighties, she moved to New York with a goal: to make better media for women. With two co-founders (Marcelle Karp and Laurie Henzel), Debbie created Bust. Taking it from a xeroxed-and-stapled zine to its current incarnation as glossy magazine with a circulation in the tens of thousands. Bust helped to pioneer girlie feminism, in which pop-culture and typically feminine pastimes (knitting, vintage frocks) are part of feminists’ lives. Debbie—and the success of Bust—prove that feminists want their humor, style, and sex, in addition to equal pay and political gains.

Debbie also co-edited the book The Bust Guide to the New Girl Order, an anthology of the best of Bust, and is co-founder of the sassy knitting circle known as “Stitch- ‘nBitch.” Her Stich ‘nBitch books include Stitch ‘n Bitch: A Knitter’s Design Journal, Stitch ‘n Bitch: The Knitters’ Handook, Stich ‘n Bitch Crochet: The Happy Hooker, and Stich ‘n Bitch Nation. Her latest book is The Bust DIY Guide to Life, co-authored by Laurie Henzel.

Debbie is a pioneering and positive force in the modern women’s movement, and is a provocative speaker on the media, feminism, and women in business— and not to mention,  knitting.