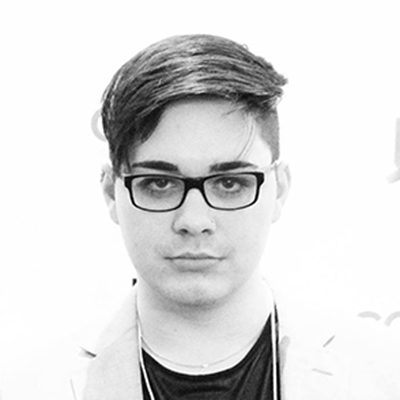 John Kelly is a queer activist and writer focused on the intersection of gender, sexuality, and violence. John (who uses they/their/them pronouns) uses activist techniques to create meaningful change at the local and national level. John’s activism began as a sophomore at Tufts University. They are a survivor of rape and intimate partner violence, and realized the failures of their university in responding to sexual violence, especially in the LGBTQ community.

Since 2012, John has been one of the leading queer voices in the movement to eradicate campus sexual assault, being named by SAFER as the #1 Sexual Assault Activist to Know. John was one of the original co-organizers of the Know Your IX ED ACT NOW Campaign to hold colleges accountable for failing to provide students learning environments free from sexual violence. This work led John to speak multiple times at the White House, in front of Cabinet members and high-ranking federal officials. John served as a rulemaker for the Department of Education, influencing how the Violence Against Women Act is enforced on college campuses.

In 2014, John spoke at a Senate roundtable on Title IX facilitated by Senator Claire McCaskill. Following this, they became the first person ever to testify in front of the US Senate on queer dating and domestic violence. John’s work has appeared on such platforms as TIME.com, CNN.com, USA Today, Jezebel, The Toast, Think Progress, Mic, Bustle, Feministing, and MTV Act. John has been featured on NPR’s All Things Considered, MSNBC’s Ronan Farrow Daily, and HuffPost Live. Recently, John published a book chapter on violence in the LGBTQ community in the Feminist Press’s Slut. John has spoken at national conferences, college campuses, and non-profit events. Each talk they give is completely catered to the audience, bringing an honesty and humor that makes such intense topics engaging and approachable.