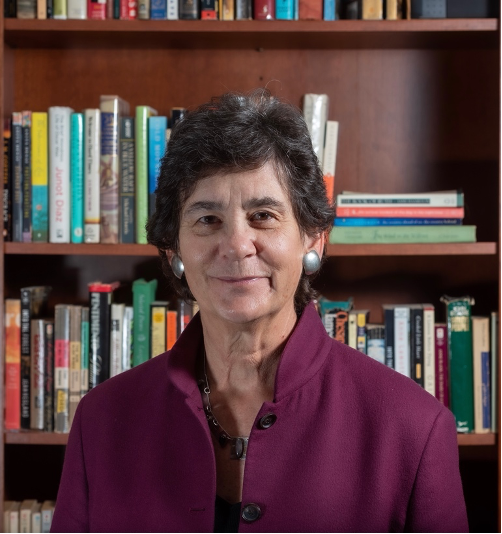 Kathryn Kolbert is the co-author with Julie F. Kay of the forthcoming Controlling Women: What We Must Do Now to Save Reproductive Freedom (available from Hachette Books 7.13.2021) where they share the story of one of the most divisive issues in American politics through behind-the-scenes personal narratives of stunning losses, hard-earned victories, and moving accounts of women and health care providers at the heart of nearly five decades of legal battles and propose audacious new strategies for moving forward at this perilous times.

A public-interest attorney, journalist, and executive in the non-profit world, Kolbert has had a long and distinguished career advancing women’s rights.  A co-founder of the Center for Reproductive Rights, she has been recognized by The National Law Journal as one of the “100 Most Influential Lawyers in America,” and by The American Lawyer as one of 45 public-interest lawyers “whose vision and commitment are changing lives.” In 1992, Kolbert argued the landmark case of Planned Parenthood v. Casey before the U.S. Supreme Court and has been credited with saving Roe v. Wade with what Supreme Court Justice John Paul Stevens has called “the most important abortion case that the Court has decided since Roe v. Wade.”

For nine years, Kolbert served as the Constance Hess Williams ’66 Director of the Athena Center for Leadership Studies at Barnard College, which she founded in 2009.  During her time at Barnard she also co-founded the Athena Film Festival. Before joining Barnard, Kolbert was the President and CEO of People For the American Way and its foundation, two of the nation’s premier civil rights organizations. For ten years, she developed and managed a program on law and American life at the University of Pennsylvania’s Annenberg Public Policy Center. She was the creator and executive producer of NPR’s Justice Talking, an award-winning public radio program and its educational website, JusticeLearning.org.

During her legal career, she was the vice president at the Center for Reproductive Rights, the State Coordinating Counsel of the ACLU’s Reproductive Freedom Project in New York and a Staff Attorney with the Women’s Law Project and Community Legal Services in Philadelphia.  A graduate of Cornell University, College of Arts and Science and Temple University School of Law, Kolbert has lectured at colleges and universities and organizations across the nation and is a frequent commentator on leadership, constitutional, and women’s rights issues in the national media.