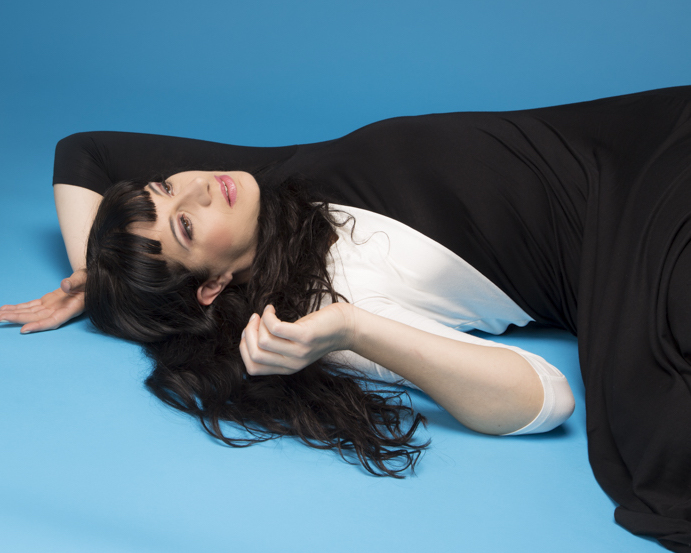 TEDx Poet Rachel Kann is a modern-day mystic: irreverently reverent and exuberantly human. Her poetry has been featured on Morning Becomes Eclectic on NPR and as The Weather on the podcast phenomenon, Welcome to Night Vale. She is the 2017 Outstanding Instructor of the Year at UCLA Extension Writers’ Program.

She’s a Write Club Los Angeles champ and resident writer for Hevria, where she is also featured as a performing artist on The Hevria Sessions. Her latest publications are You Sparkle Inside, an illustrated kids’ book, and A Prayer on Behalf of the Broken Heart, a collection of Jewish poetry.

Her poetry and short story collection, 10 For Everything, was published by Orange Ocean Press. Her writing (poetry and fiction) also appears in journals such as Eclipse, Permafrost, Coe Review, Sou’wester, GW Review, Quiddity, and Lalitamba. You can find her work in anthologies including A Poet’s Haggadah, Word Warriors from Seal Press, His Rib from Penmanship Press, and Knocking at the Door from Birch Bench Press.

She has three spoken word albums, The Upward Spiral, Ptolemaic Complex & Word to the WHY?s, and collaborates with producers such as Jaz1, End.User, Tack-Fu, and conductor/composer Gee Gee Gallegos. She’s performed her poetry with artists and leaders such as daKAH Hip Hop Orchestra, Marianne Williamson, Sage Francis, Saul Williams, and Rahzel, at venues such as Disney Concert Hall, Royce Hall, The Broad Stage and The San Francisco Palace of Fine Arts, as well as spiritual and sacred spaces like Jewlicious Fest X aboard The Queen Mary, Agape Spiritual Center and Sinai Temple, conferences such as Psychedelic Science 2017, Women’s Visionary Congress and Visionary Convergence, and festivals like Lucidity Fest and the Vans Warped Tour.

Rachel was commissioned by The Broad Stage to write and perform a contemporary retelling of Peter Pan from Tinker Bell’s perspective, accompanied by Maestra Rachael Worby’s 18-piece orchestra, Muse/Ique. Rachel’s music video, “Lie Down Beside You,” created with director Brad Cooper and choreographer Keith Johnson, has received screenings at the 4 The Camera Film Festival and Landlocked Film Festival. The choreography for the track has been presented at Alvin Ailey Dance Center and The Kennedy Center.

Rachel was invited to perform her poetry at TEDx UCLA and in Flight 18 (where she was the DJ and Dance Captain as well) at 3LD Technology in New York City.