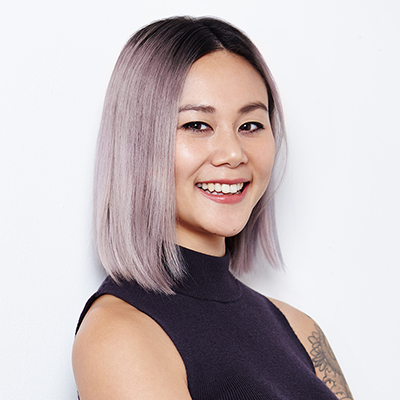 Sahra Vang Nguyen is on a mission to explore stories at the intersection of diversity, culture, and human potential. She has written for NBC News, The Huffington Post, and NTRSCTN on topics including race, identity, politics, and entrepreneurship. Under her own production company, One Ounce Gold, Sahra has produced, directed and filmed 9 short documentaries about New York City entrepreneurs in a series titled, “Maker’s Lane,” which was co-presented by the Smithsonian. In early 2016, she created, produced and directed 5 short documentaries for NBC News about Asian-American trailblazers in a series titled, “Self-Starters.” You can catch her on-camera as a host in VICE’s two-part documentary about transgender Mormon activist, Emmett Claren.

”As an entrepreneur, Sahra shares her passion for Vietnamese American culture as a Co-Owner and Communication/Brand Strategist of Lucy’s Vietnamese Kitchen in Bushwick. Her restaurant has been featured in The New York Times, Time Out New York, Lucky Peach, and VICE.

In March 2017, Sahra released her second documentary with NBC News titled Deported.Filmed across three cities in the United States and Phnom Penh, Cambodia, Deported shines a light on the grassroots organizers and global movement to revise the U.S.-Cambodia Repatriation Agreement and end deportation.

Sahra’s 20-60 minute keynote speeches focus on defining one’s purpose and path to success anchored in identity, self-confidence, and empowerment. She offers workshops and full-week residences that work with the community to explore a range of topics including new media, documentary filmmaking, entrepreneurship, race, identity, creative writing, and activism.

Deported, Episode 1 of 5:
A Grassroots Movement