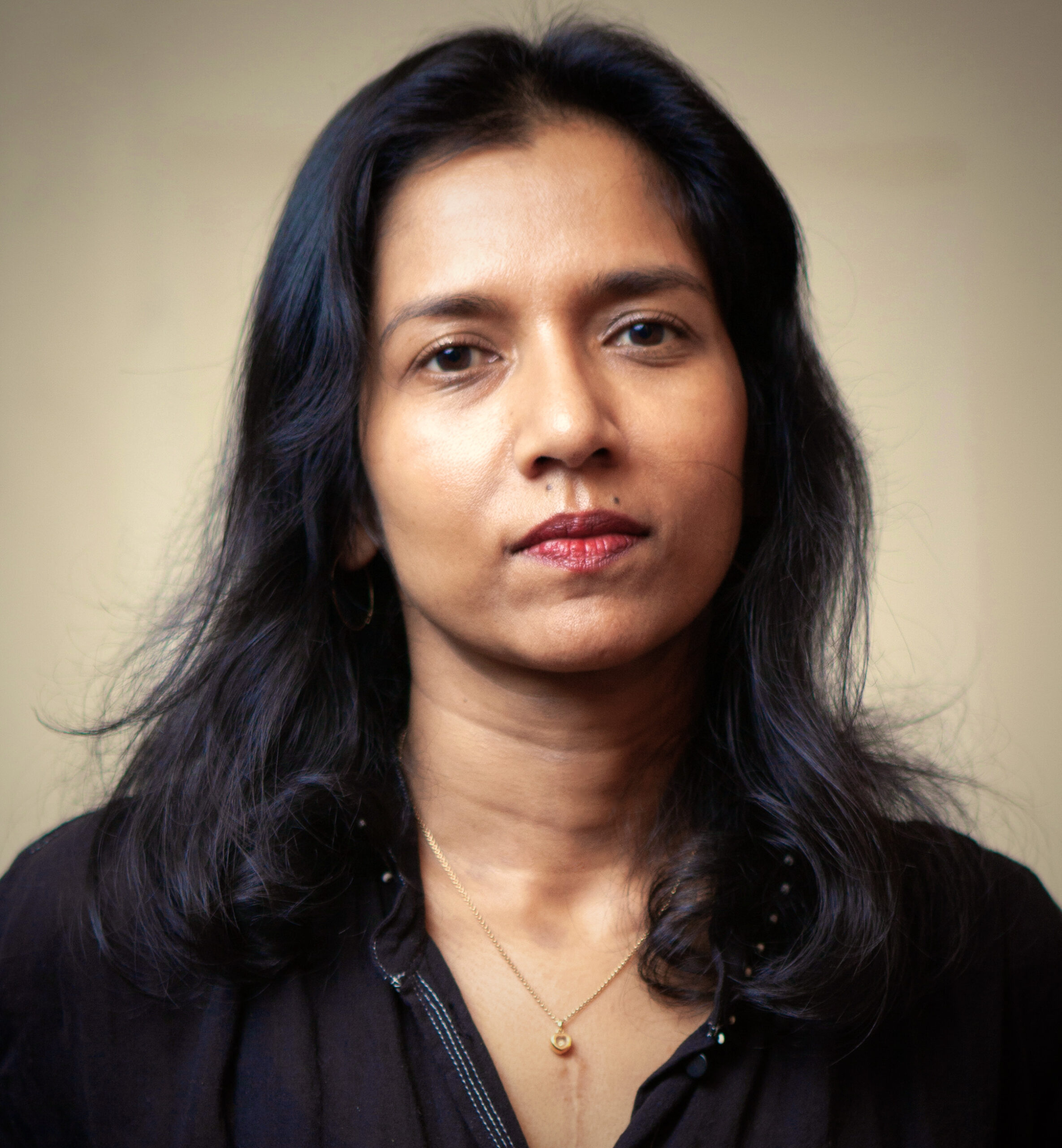 Tanya Selvaratnam is a writer and an Emmy-nominated and multiple Webby-winning producer. She has produced for the Vision & Justice Project, Joy To The Polls, Glamour Women of the Year, The Meteor, For Freedoms, Invisible Hand, Rubell Family Collection, The Shed, NGO Forum/Fourth World Conference on Women in China, World Health Organization, Planned Parenthood, and numerous artists such as Mickalene Thomas and Carrie Mae Weems. Since 2007, she has been a producer for Aubin Pictures, whose latest film AGGIE is about collector and philanthropist Agnes Gund and the creation of the Art for Justice Fund to fight mass incarceration. In 2020, she was a volunteer for the Biden-Harris Policy Committee and served as Content Chair of Arts for Biden-Harris.

Selvaratnam’s essays have been published in the New York Times, Vogue, Glamour, CNN, The Art Newspaper, SheKnows, and McSweeney’s. She is the author of THE BIG LIE and Assume Nothing: A Story of Intimate Violence (Harper, February 2021). Assume Nothing has been optioned by ABC Signature/Disney Television Studios and is in development with Joanna Coles as executive producer.

Selvaratnam has spoken at conferences around the world, including at various United Nations and World Health Organization events as well as the Aspen Ideas Festival, New York Film Festival, Brooklyn Book Festival, and Skoll World Forum. She has been a commentator on subjects such as the rights and safety of women and children, and the interplay of art and democracy. She has been quoted in the New York Times, Refinery29, Wall Street Journal, New Yorker, CNN, NBC News, Hyperallergic, Slate, artnet, ARTNews, Artforum, Cosmo, Redbook, Metro, Village Voice, PAPER, The Verge, The Cut, New York, Corriere della Serra (Italy), Die Zeit (Germany), and the Globe and Mail (Canada). She has been a featured guest on CNN, MSNBC, Al Jazeera, NPR, WNYC, KCRW, Sirius XM, Talk Radio Europe, WNET, and CBS Radio News.

Selvaratnam has served on the boards of the Third Wave Fund, For Freedoms, Boom Arts, The Wooster Group, Groundswell Community Mural Project, and Let It Ripple; and is an advisor to The DO School.

Selvaratnam received her graduate and undergraduate degrees in Chinese language and legal history from Harvard University. Born in Sri Lanka and raised in Long Beach, CA, Selvaratnam is based in New York City and Portland, Oregon.