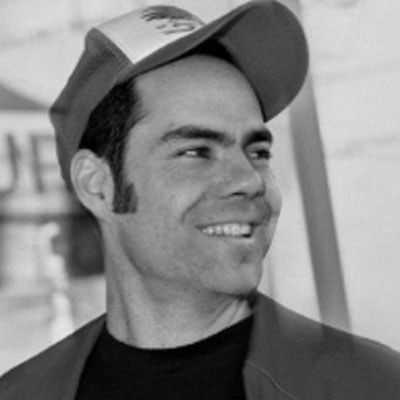 Vinnie Angel is an artist, filmmaker, author and product designer. His creative work has been featured in Rolling Stone, Flaunt, Interview, Jane, ELLE, NYLON, Maxim, and many other magazines. His work has been shown in New York City galleries and in the Andy Warhol Museum. His feminist-inspired products retail at stores such as Bendel’s New York, Fred Segal LA, and Urban Outfitters nationwide.

Vinnie received a Masters of Fine Art and began his career creating and exhibiting art, drawing illustrations for Rolling Stone, occasionally designing sets for independent movie productions, as well as teaching art to teen boys in a Boston jail. During that time, a friend revealed to Vinnie that she had been raped in high school. After hearing her story, he came up with the idea of Vinnie’s Tampon Case, which he saw as a possible step in preventing violence against women: “I was furious that I lived in a society that refused to develop the tools to deal with such horrific and wide-spread behavior. I decided to attempt to change the environment that allows a college educated male like myself to be willfully ignorant of a woman’s well being and safety.”

Vinnie hoped that his project would encourage an unprecedented non-sexual dialogue between a man and a woman about a woman’s body: “The idea was that men, armed with the basic facts about a woman’s body, might generate a greater respect and appreciation for women and their bodies.” Vinnie began distributing his tampon cases free-of-charge. After five years, he’d given away nearly 10,000 cases and Vinnie’s pet project developed into a large-scale production, with Vinnie’s Tampon Cases in stores across the country. He wrote and designed Vinnie’s GIANT Roller Coaster Period Chart and Sticker Book (Chronicle Books)—an over-sized, sticker-crazed version of the Handy Period Chart that comes with every Vinnie’s Tampon Case. He also authored Vinnie’s Cramp Kicking Remedy Book—a collection of tried-and-true cures to cramps, as well as pain relief ideas submitted by Vinnie’s fans.Vinnie is also the co-director, writer and producer of the award-winning film, The Orange Thief, created with his brother Boogie Dean and Artie Wilinski (Warner Bros). Their most recent film, The Son of Tango Kid, is a period western shot entirely at the foot of the Andes in Argentina.Vinnie Angel lives in Oregon with his wife and daughter.