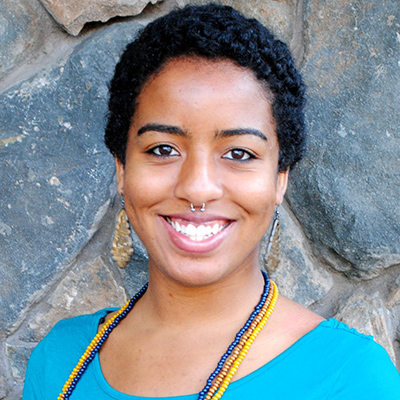 Gloria Malone advocates and writes about politics, reproductive justice, and pregnant and parenting teens. Her work can be found in The New York Times, Huffington Post, RH Reality Check, and several other publications.  She is a sought after media contributor who has appeared on The O’ Reily Factor, The Meredith Vieira Show, NPR, and Huffington Post Live.

Gloria works with several nonprofits across the United States to help advance the importance of reproductive justice, dignity and respect for pregnant and parenting youth, and establishing social media presence and campaigns.

In 2011, she created teenmomnyc.com to share her story of teenage pregnancy and parenting with other pregnant and parenting teen while providing information and resources to help them thrive and create the future they want for themselves and their families, despite what society says. She is a co-founder of the #NoTeenShame movement which received the Spirit of Service award from Healthy Teen Network in 2014.

As a proud member of Echoing Ida she writes about the intersections of race, public policy, and personal experiences of Black women.

In 2014 she spoke at the nationally organized #NotMyBossBusiness rally at the Supreme Court of The United States for the birth control mandate in the Affordable Care Act. And in 2013, during Hispanic Heritage Month, Ms. Foundation recognized Gloria as one of Ms. Foundation’s “Latina Heroes.”