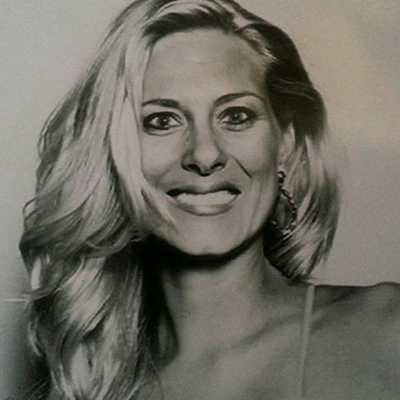 Katie Hnida is a pioneer in the world of sports and speaks on sexual harassment and rape. Katie was the first woman to play in a NCAA Division I football game and the first woman to play for the University of Colorado (1999-2000). From there she played three seasons for the Lobos at University of New Mexico, where she graduated Magna Cum Laude with a degree in Psychology. Katie’s football career started at Chatfield Senior High School in Littleton, Colorado where she played varsity football for four years. She was voted Homecoming Queen by her classmates and participated in halftime ceremonies wearing her uniform. While still in high school she was named Colorado Sportswoman of the Year as well as Teen People Magazine’s Number One Teen Most Likely to Change the World.

On August 30, 2003, Katie kicked two extra points to become the first woman in NCAA history to score in a Division I game. Katie’s shoes and uniform are in the College Football Hall of Fame. Katie continued her football career well beyond college, in 2010 she became the first woman to play professional arena football with the Ft. Wayne Firehawk.

In 2004, Katie spoke out publicly about the sexual harassment and rape she endured while at the University of Colorado. She has become a prominent speaker on violence against women and travels the country to share her powerful story at colleges, women’s groups and other organizations. She has keynoted many fundraising events and was a featured speaker alongside Hilary Swank and Alec Baldwin at Mariska Hargitay’s Joyful Heart Foundation events.

Katie is involved with a number of organizations that work to combat violence against women, including The Voices and Faces Project, The Joyful Heart Foundation, and Counter Quo.

Katie also has a special interest in working with children. Throughout her life, she has served as a mentor to at-risk youth and spoken regularly at elementary, middle, and high schools.

In addition to speaking, Katie is also the author of Still Kicking: My Journey as the First Woman to Play Division I Football (Scribner, 2006). Her writing has appeared in publications such as People Magazine and Cosmopolitan. She has appeared on numerous television shows including Larry King Live, The Today Show, Good Morning America, CBS This Morning, ESPN, and has been featured in various magazines and newspapers including: TIME, Sports Illustrated, Glamour, People, The New York Times, USA Today, and The Washington Post.