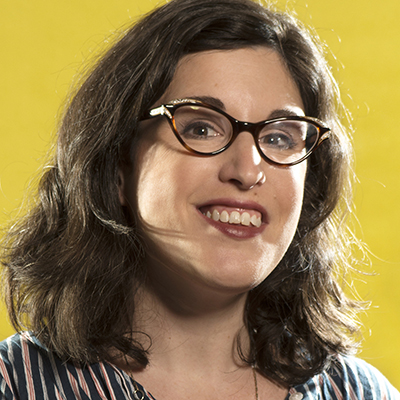 Andi Zeisler is a writer, editor, and cultural critic. She is the co-founder of Bitch Media, the author of We Were Feminists Once: From Riot Grrrl to CoverGirl®, the Buying and Selling of a Political Movement (PublicAffairs, May 2016), Feminism and Pop Culture (Seal Press, 2008), and the co-editor of BitchFest: Ten Years of Cultural Criticism from the Pages of Bitch Magazine (Farrar, Straus & Giroux, 2006).

Her writing on feminism, popular culture, and media has appeared in Ms., Mother Jones, the San Francisco Chronicle, and the Washington Post. Zeisler is a regular columnist for Salon and is currently working on a book about how media and pop culture have transformed feminism from a social movement to a personal and brand identity.