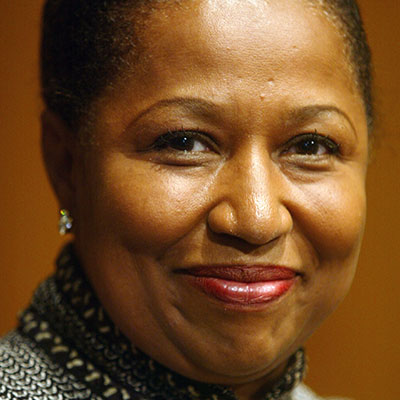 Born and raised in Chicago, Ambassador Carol Moseley Braun’s interest in agricultural practices began as a child while spending summers on her family’s pecan farm in Union Spring, Alabama. There she developed an abiding love of the land, and learned to see it as a gift and source of bounty, vitality and good health.

She ultimately pursued a career path in public service, first in the Illinois state legislature, and later as a United States Senator. Improved food safety, health and nutrition, were priorities during her years in the legislature. As Ambassador to New Zealand, she became an advocate for sustainable American agriculture in trade discussions and negotiations.

As the first permanent female member of the Senate Finance Committee, she proposed the first modern federal school construction legislation, and the first women’s pension equity laws, and advocated for health care reform and support of family farms. She sponsored Environmental Justice legislation, historic preservation of the Underground Railroad, and the first federal support of Lupus research. She was a co-sponsor of a Balanced Budget Constitutional Amendment. Her legislative record reflects a commitment to social progress and fiscal prudence.

Ambassador Braun serves on the Board of Directors of North Carolina Mutual Life Insurance, MWH Engineering, and the Michael Fields Agricultural Institute, as well as the advisory Boards of the Chicago High School for Agricultural Sciences, the Bretton Woods Foundation, the US/UNA Committee, and the Association of American Ambassadors. Carol is currently the founder and president of Good Food Organics®.

To date, she is the first and only African-American woman United States Senator. Her work has earned her more than 200 awards and 11 honorary degrees for contributions in the public interest. A new public school in Calumet City, IL., was named the Carol Moseley Braun Elementary in her honor. The school team is called the Ambassadors.