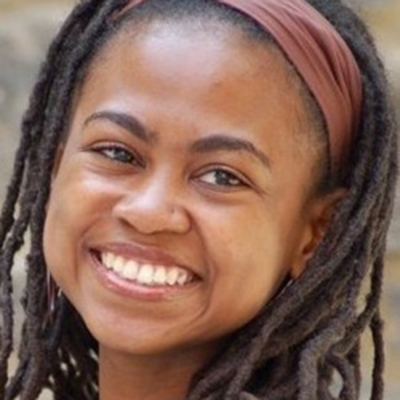 Jamia Wilson is a feminist media activist, organizer, storyteller and Executive Director and Publisher at Feminist Press, after having served as the Executive Director of WAM!, YTH, and the TED Prize Storyteller at TED Conferences. She is the former Women’s Media Center vice-president of programs and has worked at Planned Parenthood, Planned Parenthood Action Fund, People for the American Way, and New York University. Her words and works have been featured in Alternet, CBS News, C-SPAN, Forbes.com, Fox.com, Good magazine, GRIT TV, Slate, Salon, In These Times, Ms. magazine, TED.com, New York Magazine, the Today Show, the Washington Post, and more. In 2013, Refinery 29 named her one of the “17 Faces of the Future of Feminism” and Ms. magazine blog listed her as a #SmartFeministofTwitter.

Jamia is a staff writer for Rookie magazine. She is also a contributor to Women of Spirit and Faith’s 2011 anthologies: Women, Spirituality, and Transformative Leadership: Where Grace Meets Power; Rookie: Yearbook One, Rookie: Yearbook Two, Our Bodies, Ourselves 2011 Edition; Madonna and Me: Women Writers on the Queen of Pop; and I Still Believe Anita Hill. Jamia is a member of the Feminist.com board and the Omega Institute board of directors. Jamia is a member of the #FemFuture leadership team, a co-founding leadership committee member of SPARK Movement, and a  Feminist.com and Omega Institute board member.