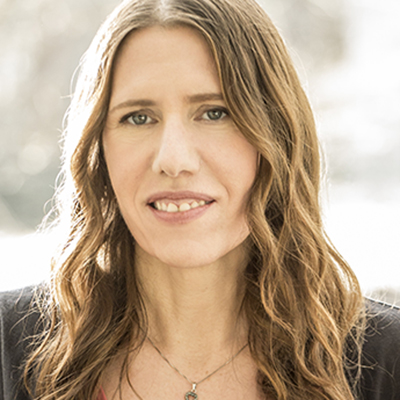 Marianne Schnall is a widely published journalist and interviewer and the founder of WhatWillItTake.com, a media and event platform that engages women everywhere to advance in all levels of leadership and take action, and Feminist.com, a leading women’s website and nonprofit organization. Her articles and interviews with well-known individuals such as Melinda Gates, Oprah Winfrey,  Stacey Abrams, Anita Hill, Kerry Washington, Jimmy Carter, and many more, appear in publications such as O, The Oprah Magazine, Forbes, CNN.com, Refinery29, Huffington Post, TIME.com, Women’s Media Center, and many others.

She is a contributor for WAMC’s nationally syndicated show “51% The Women’s Perspective,” and the host of the podcast What Will It Take: Conversations with Legends and Movement Makers.

Marianne graduated from Cornell University in 1989 with a B.A. in English and is also a graduate of the Women’s Media Center’s Progressive Women’s Voices media and leadership training. Marianne was a contributor to Robin Morgan’s anthology Sisterhood is Forever: The Women’s Anthology for a New Millennium, co­ writing (with Amy Richards) the chapter titled “Cyberfeminism: Networking on the Net.”  She is the author of Daring to Be Ourselves: Influential Women Share Insights on Courage, Happiness and Finding Your Own Voice, and What Will It Take to Make a Woman President? Conversations About Women, Leadership & Power (recommended by Beyoncé) which features interviews with politicians, public officials, thought leaders, writers, artists, and activists including Sheryl Sandberg, Nancy Pelosi, Maya Angelou, Gloria Steinem, Nicholas Kristof, Melissa Etheridge, Olympia Snowe and many more. Her new books out in Fall 2019,  published by Simon & Schuster, include Leading the Way: Inspiring Words for Women on How to Live and Lead with Courage, Confidence, and Authenticity, and Dare to Be You: Inspirational Advice for Girls on Finding Your Voice, Leading Fearlessly, and Making a Difference .

Through her writings, interviews and websites, Marianne strives to raise awareness and inspire activism around important issues and causes.

“Skidmore Women in Business is a new student organization at Skidmore College. The organization recently had the honor of hosting Marianne Schnall as its first speaker. For our event, she specifically tailored her speech around not only our organization’s mission, but also around the personal interests of our organization’s leaders and its members, making her lecture incredibly intimate and impactful. Her willingness to share her experiences and passions with us – both personally and from behind the podium – helped to enrich our community’s conversation about women and leadership.”
Lyssa Jackson, Co-President and Founder, Skidmore Women in Business

“Marianne Schnall dazzled our students this year in her discussion of her book, “What Will It Take to Make A Woman President”. Her inspiring, energizing and dynamic presentation left us all thinking yes!, we now have a roadmap to get us to the place of the possible: to finally elect a woman to the United States Presidency.”
Patricia Russo, Executive Director, Women’s Campaign School at Yale

“Marianne Schnall’s visit to Roger Williams University inspired critical campus dialogue about women and leadership in the United States. Her visit took place amidst an exciting Presidential Primary race in which three women were seeking nomination by their political party to run for the Presidency. It was exciting to have the opportunity to talk with her about her work, and about her most recent book, What Will it Take to Make a Woman President?, in a political climate that may yield our first woman President. In addition to asking important questions about the relationship between women and power, students were also encouraged to think about the economic, social, and political factors that disempower women, making them scarce at the top ranks of politics, business, and the media. Her knowledge and experience are broadly relevant to a variety of disciplines, which made her an ideal candidate to bring people together in conversation across academic departments and student life communities.”
Laura Mattoon D’Amore, Ph.D., Assistant Professor of American Studies
Program Coordinator for Gender and Sexuality Studies
Roger Williams University

“Thank you thank you thank you 3 times. The WIL class absolutely loved you! I wasn’t in the room the entire conversation, but the buzz afterwards was huge!”
Julie Schroeder, Women’s Initiative in Leadership, Harvard University