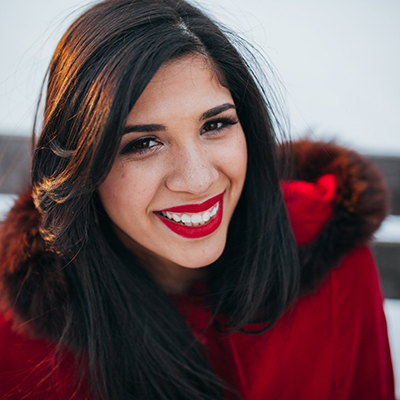 Patricia Valoy is an engineer and project manager, feminist writer, and STEM advocate based out of New York. She holds a B.S. in Civil Engineering from Columbia University where she focused on construction management and structural engineering. With her professional background in construction and engineering she writes and speaks on a variety of issues pertaining to women in STEM and other male-dominated fields, particularly as it relates to women of color and underrepresented minorities.

Patricia’s advocacy is focused on attracting and retaining women in STEM careers and building work environments where women are free from discrimination, sexism, and racism. She also speaks and writes on a variety of issues affecting the Latinx community including racism, immigration, cultural and religious pressures, and living at the intersection of two cultures. Patricia is also the STEM chairperson for the Women’s Information Network in New York. As the STEM chairperson she combines her experiences as a Latina and a woman in a male-dominated field to advocate and inspire women considering careers in the fields of STEM by planning and hosting events and discussions giving women in STEM a platform within feminist circles.

Most of her writings can be found here on her blog Womanisms, or at Mic, Everyday Feminism, Flyover Feminism, and Double X Science. Patricia was formerly a host at Let Your Voice Be Heard! Radio where she spoke on a variety of political and social issues affecting millennials. She interviewed guests such as “The Invisible War” director Kirby Dick on the epidemic of rapes in the military, Rachel Lloyd of GEMS on sex trafficking, Jared Watkins of Men Can Stop Rape on the Steubenville rape case, Jessica Luther on abortion legislation in Texas, and Mary Anne Franks on revenge porn, among many others.​