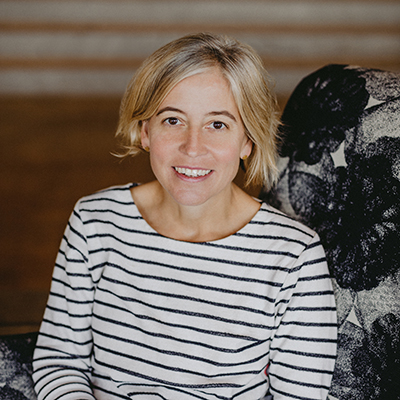 Amy Richards is an author, producer and organizer. Most recently Amy authored We Are MAKERS, a book based on the PBS documentary series MAKERS. She produced the Emmy nominated series WOMAN for Viceland and executive produced The Glorias, among other stage and video projects. Amy is the president of Soapbox, Inc., the foremost feminist lecture agency, and the affiliated Soapbox Foundation, creators of Feminist Camp. Her first book Manifesta: Young Women, Feminism & the Future just issued a 20th anniversary edition. Amy lectures at dozens of venues each year and contributes, though her writings and media appearances, to the current public conversations on feminism.

In addition to running Soapbox, Inc., Amy also consults to many organizations and initiatives, including being a consulting producer on the HBO documentary Gloria Steinem: In Her Own Words and an advisor to PBS documentary on the women’s movement in America, MAKERS: Women Making America. Amy also oversaw educational outreach for MAKERS and is currently working on a book to inspired by the MAKERS’ film and digital platform. Amy also works closely with Gloria Steinem on her writings.

Amy co-founded and spent several years leading the Third Wave Foundation, a national organization for young feminist activists between the ages of 15 and 30, which continues today as the Third Wave Fund. During her tenure Amy created and sustained the organization’s signature program areas and initiated public education projects such as “I Spy Sexism,” and “Why Vote?” Amy’s leadership and visionary work launched her as a primary spokesperson and leading voice for contemporary feminist issues.

Amy is most popularly known as the author of Manifesta: Young Women, Feminism, and the Future (co-authored with Jennifer Baumgardner and published by Farrar, Straus and Giroux in 2000 with an anniversary and updated edition published in 2010) and as the voice behind Ask Amy, the online advice column she has run on feminist.com since 1995. Amy is also the author of Opting In: Having a Child Without Losing Yourself, about feminism and motherhood, and the co-author of Grassroots: A Field Guide for Feminist Activism. She is also the editor of I Still Believe Anita Hill, a collection of essays featuring Eve Ensler, Catharine MacKinnon, Lynn Nottage and others. Amy’s writings have appeared in The Nation, The LA Times, Bust, Ms. and numerous anthologies, including Listen Up, Body Outlaws and Catching A Wave—where she has tackled issues ranging from plastic surgery to abortion politics. Amy was also the author of Insight Guides: Shopping in New York City. Her latest book,We Are MAKERS, is out now.

Amy has appeared in a range of media including Charlie Rose, Fox’s The O’Reilly Factor, Oprah, Talk of the Nation, New York One and CNN.

Amy was first publicly distinguished as a leader in 1995 when Who Cares magazine chose her as one of twenty-five Young Visionaries. She has gone on to win accolades from publications including Ms. magazine, Scenarios USA, and her alma mater, Barnard College. Women’s eNews named her one of their “Leaders for the 21st Century,” and the American Association of University Women named her a  Woman of Distinction.

Amy was also the interim project director for Twilight: Los Angeles, a film by Anna Deavere Smith, where she oversaw a national educational program that addressed race in America. She has worked with Scenarios USA helping with the distribution of their teen educational videos, and with the Columbia School of Public Health on a project addressing the long-term negative health consequences of welfare reform. She served as a cultural attaché to the U.S. Embassy in Russia where she consulted on women’s issues in that country.

Click here to watch a video of Amy Richards talking about MAKERS.