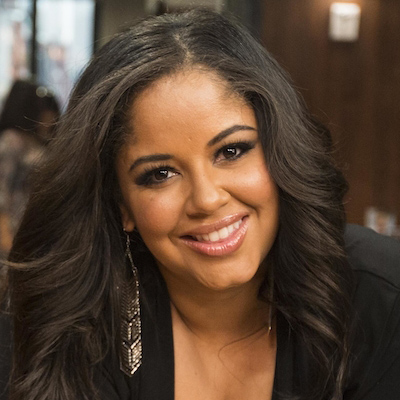 Nancy Redd is a GLAAD Award nominee for for Outstanding Digital Journalism, a New York Times & USA Today bestselling author, a NAACP Image Award nominee for non-fiction writing, and a Mom’s Choice Award winner. Nancy‘s life mission is to encourage body positivity for women and promote social acceptance of all shapes and sizes. Two weeks after graduating from Harvard with an honors degree in Women’s Studies, Nancy won the title of Miss Virginia, going on to compete in the Miss America Pageant where she won the swimsuit competition and made the top 10 at Miss America.

For over three years, Nancy was a talk show host at The Huffington Post’s network HuffPost Live, hosting a variety of lifestyle & news topics, family & female-focused conversations, and interviewing an eclectic range of celebrities ranging from Dr. Oz to Sharon Osbourne to the Secretary of Health to General Stanley McChrystal to Steve Harvey to Naomi Wolf. Other honors include being named L’OREAL’s Beauty of Giving Young Woman of the Year, one of GLAMOUR magazine’s Top 10 College Women and one of HARVARD MAGAZINE’s Top Six Seniors.  Nancy also served as the spokeswoman for Dale Carnegie’s How To Win Friends & Influence People For Teen Girls (Touchstone) and helped to write The Girls’ Guide to the SAT (Princeton Review).  Nancy also once appeared on Who Wants to be a Millionaire? with Regis Philbin and won $250,000.

Watch Nancy’s interview about Black Mothers on The Grio: