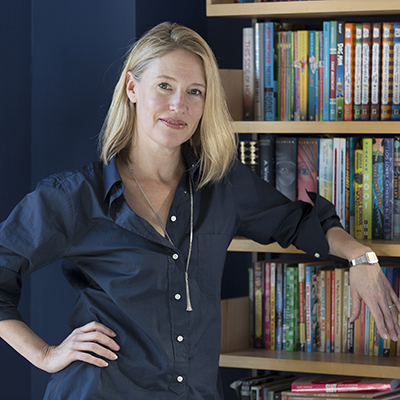 Jennifer Baumgardner is a writer, activist, filmmaker, and publisher whose work focuses on sexual violence and scapegoating, abortion, bisexuality, and radical children’s literature.

She’s been an editor at Ms. and a features writer for The Nation, Harper’s, Glamour, Harper’s Bazaar, Teen Vogue, More and Elle (among others). She is the author of Look Both Ways: Bisexual Politics, Abortion & Life, and F ‘em! Goo Goo, Gaga, and Some Thoughts on Balls and the co-author of Manifesta: Young Women, Feminism, and the Future, Grassroots: A Field Guide for Feminist Activism, and We Do!: American Leaders Who Believe in Marriage Equality.

With Amy Richards, she co-founded Soapbox Inc. and Feminist Camp. In 2005, she co-created the award-winning documentary I Had an Abortion (with Gillian Aldrich). In 2013, she directed her second film, It Was Rape. Both films are widely-course adopted and available from Women Make Movies. She also served as a producer for the plays SLUT and Now That We’re Men.

From 2008-2012, she was writer in residence at The New School, where she taught non fiction workshops and produced activist events. From 2013-2017, Jennifer served as the executive director and publisher of the Feminist Press, the oldest and longest running women’s press in the world. She is the publisher of Dottir Press and the current editor in chief of the Women’s Review of Books.