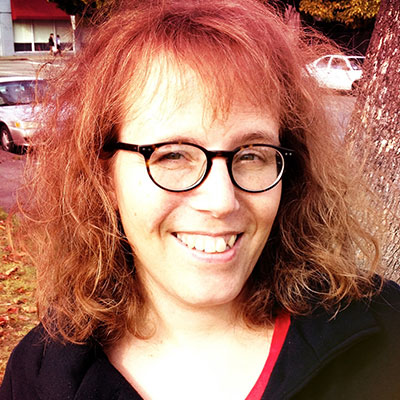 Julia Serano is an Oakland, California-based writer, spoken word performer, musician, biologist, and activist. She is best known for her 2007 book Whipping Girl: A Transsexual Woman on Sexism and the Scapegoating of Femininity—The Advocate placed the book on their list of “Best Non-Fiction Transgender Books,” and readers of Ms. Magazine ranked it #16 on their list of the “100 Best Non-Fiction Books of All Time.” Her other books include 2013’s Excluded: Making Feminist and Queer Movements More Inclusive (which was a finalist for the Judy Grahn Award for Lesbian Nonfiction) and 2016’s Outspoken: A Decade of Transgender Activism and Trans Feminism (which was a finalist for the Lambda Literary Award for Transgender Nonfiction). Julia’s other writings have appeared in over a dozen anthologies, and in magazines and news outlets such as TIME, The Guardian, Salon, The Daily Beast, Bitch, AlterNet, Out, and Ms.

Julia’s life experiences as a trans woman, and her understanding of biology (she has a PhD in Biochemistry and Molecular Biophysics from Columbia University, and spent seventeen years as a researcher at UC Berkeley in the fields of genetics, evolution and developmental biology), gives her a unique perspective on gender and sexuality, and her writings have been used as teaching materials in gender studies, queer/LGBTQ studies, anthropology, sociology, psychology, and human sexuality courses across North America. Julia additionally writes silly,
surreal, sex-positive fiction under the pen name Kat Cataclysm, and records indie-pop
music under the moniker Soft Vowel Sounds. Information about her various creative
endeavors can be found at juliaserano.com.