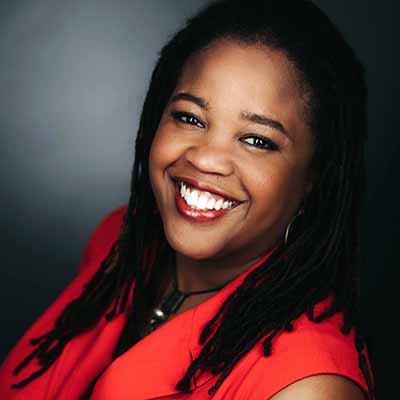 Farai Chideya has covered every election since 1996 for outlets including CNN, NPR, and, in 2016, FiveThirtyEight, where she is a senior writer. Chideya is the author of six books, including Trust: Reaching the 100 Million Missing Voters, The Color of Our Future, and Don’t Believe the Hype: Fighting Cultural Misinformation about African-Americans. She was the founder and editor of PopandPolitics.com in 1995, an early political website and journalism training institute. She was a fellow at Harvard’s Institute of Politics in the spring of 2012 and graduated from Harvard College in 1990. While at the Shorenstein Center, Chideya wrote about the role of race and gender in political press coverage in 2016. Farai is a part of the Ford Foundation’s Creativity and Free Expression team.

What It Takes to Win at Work Today: Mastering the Episodic Career

The average lifespan of a job today is 4.4 years, much less for younger workers. Today’s workers have to be resilient, knowledgeable, and nimble — able to pivot on a dime and head for high ground when industries collapse. Job search has changed, and not always in obvious ways. Knocking on the doors of local businesses can be more successful than online job search. Drawing on years worth of research and interviews with hundreds of people, Chideya gives a point-by-point breakdown of what it takes to protect your and your family’s interests in this new world of work by embracing the model of the episodic career — a mindset of psychological self-employment that helps not only workers but companies and teams as well. (Note: topic can be focused just on women and work; or just on young women and work. I can also speak about the need for ethics and diversity in the workplace.)

The Color of Politics

The 2016 political race has proven to be rife with attacks based on race, religion and national origin at the same time our nation is becoming more diverse. Farai Chideya has covered every Presidential election since 1996; co-moderated a Presidential debate during the 2004 season; and currently is a political reporter and senior writer for the go-to political news outlet FiveThirtyEight.com. She demonstrates why the destructive xenophobic tendencies in our political discourse are understandable in context — as people are fearful of the future, and similar trends are happening in countries like France — but cannot be excused or tolerated.

The New Face of Race: What Happens to Equality When We’re All Minorities?

The Census predicts that a generation from now, America will have no racial majority. But that doesn’t mean we will be an equal society. How do we keep our eyes on the prize of equality as we head towards a “post-majority” era? Using powerful visual and multimedia aids as well as a dynamic town-hall format, Chideya walks us through what it means to have a truly inclusive vision of equality that embraces the best of the American dream.

Women in the Workplace

The Episodic Career: How to Thrive at Work in the Age of Disruption