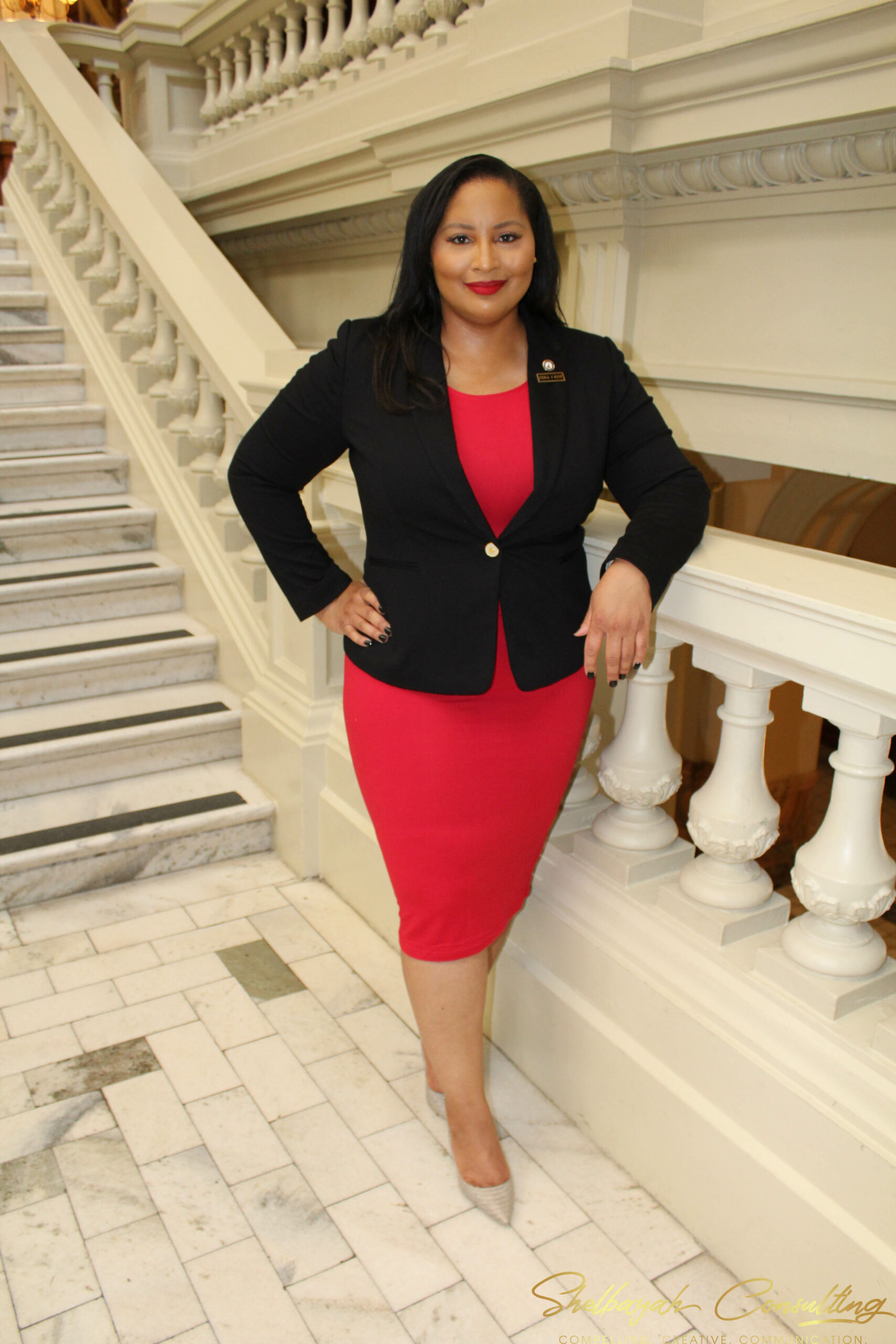 Renitta Shannon defeated a four-term Democrat incumbent with a bold progressive message in 2016. In January 2017, she was sworn into the Georgia State House of Representatives, to represent the 84th district. Representative Shannon utilizes her impactful public platform to fight stigmas and create legislation for marginalized communities. Her experience in community organizing work around economic, racial, and gender justice equipped her to serve in the Georgia State House. Renitta speaks on national platforms, about her personal abortion story and the importance of reproductive justice and freedom. Renitta has been a consistent advocate for LGBTQ+ rights and in 2017 she came out as bisexual, making her the first bi-sexual legislator to serve in the Georgia General Assembly. In her first year as a legislator, Renitta was awarded Most Valuable Legislator in “The Nation Magazine’s 2017 Progressive Honor Roll”, for her work on sexual assault policy.

Committed to making sure immigrants do not experience the same systemic injustices Black Americans have faced for hundreds of years, Renitta was awarded with the “Champion of Immigrant Rights Award” by Asian Americans Advancing Justice, in her second year in office. In mid-2018, Renitta was the keynote speaker at the Center for Reproductive Rights conference, where she discussed “Why Advancing Respectability Politics Hurts the Fight for Reproductive Rights”. She was also a part of the “Making Change at Walmart” tour, giving speeches holding Walmart accountable for paying poverty wages and stealing employee wages. Renitta published a piece in The Brown Girl’s Guide to politics during pride month on “Why it Matters to Elect Queer Black Women to Public Office”. She closed out her second year in office by leading a legislator’s boycott of Governor-Elect Brian Kemp’s first public address, for running what she called “a gubernatorial campaign of hate against half of Georgia, targeting black and brown voters, the #LGBTQ community and women.”

In 2019, Georgia along with the rest of the country saw unprecedented attacks against abortion rights. When Georgia’s Republican party tried to pass a bill to effectively outlaw abortion in the state, Renitta, in an effort to stop the bill from coming to a vote, spoke against the bill and then refused to cede the podium, resulting in her being physically removed from the House floor by House security. “I was determined not to just let them pass a bill to outlaw abortion like some tax bill that nobody cares about.”- Representative Shannon. Renitta serves on the board of Spark Reproductive Justice, and consistently sponsors legislation to drive racial, economic, and gender equity.

Renitta is also the co-founder of Her Term, a Georgia-based initiative committed to targeting, recruiting, and electing progressive women into office. Her work has been featured in TIME Magazine, Cosmo and Elite Daily and continues to maintain her as a highly sought after public speaker.